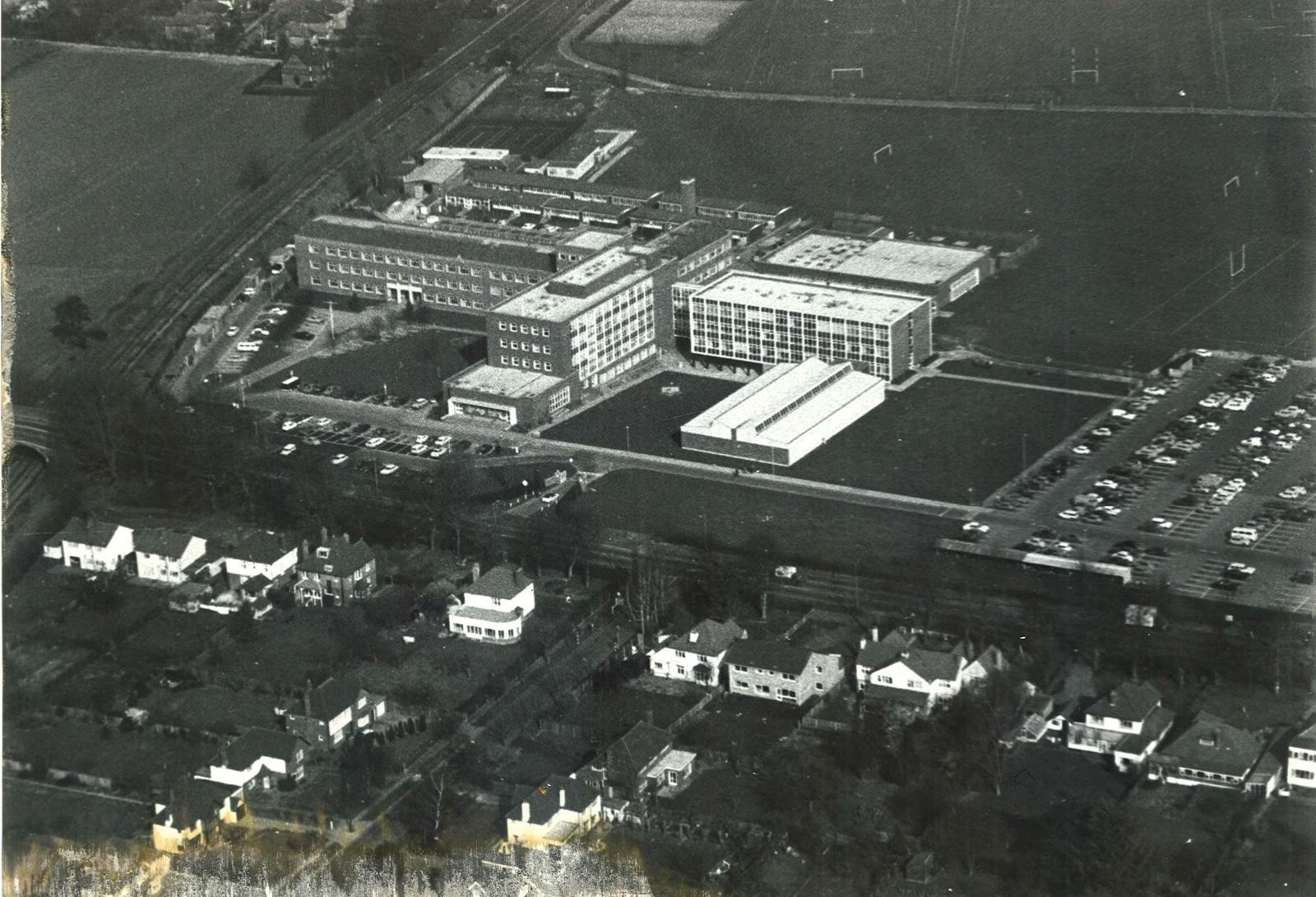 Home About Nescot History of Nescot

Nescot began life as Ewell County Technical College, with the first students beginning courses in September 1953 and the establishment being formally opened the following March. The site was said to have been the largest arable field in England, and the college cost £250,000 to build.

The college was recognised as a pioneer in ‘liberal education’. By the mid-1960s students spent Wednesday afternoons taking supplementary courses from sailing to folk dancing.It was also one of the first technical colleges to appoint a member of staff responsible for student welfare. Today this team includes Advice and Guidance, Student Finance; the counselling service; an on-site nurse; childcare; the security staff; and specialist support for students who are or have been in care.

In the first academic year there were 789 students, with subjects split into the three departments of Building, Science and General Education. By the mid-1970s there were 4,000 students at the college, with fees costing between £72 and £120 per academic year for over-19s. Students aged 18 or under could claim travel costs of 15p per return journey.

In 1973 a fire swept through the newly-built extension, gutting rooms on two floors and causing an estimated £100,000 of damage. The blaze began in a science laboratory, but the cause remained unclear.

Ewell County Technical College changed its name to Nescot in 1975, and in 1988 the college acquired the former Epsom High School. The theatre at Nescot was named after Adrian Mann, the college’s first chairman of governors. Mr Mann retired as chairman in 1963 but continued as a governor for another decade, before becoming Governor Emeritus.

Nescot has played host to artists including Queen, The Beatles, Genesis, Black Sabbath, The Nice and Elvis Costello. In 1977 the college served as a psychiatric hospital when Sheperton Studios spent a day filming scenes for The Revenge of the Pink Panther. The movie showed Peter Sellers as Inspector Clouseau running through the distinctive glass walkways dressed as a woman.

Naturalist David Bellamy studied at the college and later worked as a laboratory technician. He credited his teachers with inspiring his interest in biology. Cartoonist Frank Hampson, who drew the Dan Dare comic strips and was voted the best postwar comic illustrator in the world in 1975, was a technician at the college and Dr Guy Vine, father to Jeremy and Tim Vine, taught civil and structural engineering at Nescot.