Nescot students won three golds and one silver medal at the WorldSkills UK finals at the weekend (November 19 to 21), cementing the college’s place near the top of the national league tables.

Their medals tally makes this year’s competition the joint most successful yet for Nescot and sees the college retain its crown as the most successful in England as well as the fifth in the UK.

In addition, two Computing students have achieved places in the UK squad for the biennial WorldSkills International event, and will compete to become the sole IT competitor in Abu Dhabi in 2017.

"The students and their tutors put in so much hard work to prepare for WorldSkills, and we’re all enormously proud of them," said Cliff Hall, Head of College at Nescot.

"We always tell our students that the reason we take WorldSkills seriously as a college is because we know how much everyone who takes part gets out of the experience.

"They get the chance to really hone their technical skills, which in turn helps their progress on their course, but also to develop their confidence, independence, teamwork and organisation."

Media students Luke James, George Martyn, Conor Powell and Carissa Thorne won the team gold in the Video Moving Image category with their short film about WorldSkills UK, which you can watch here.

Matthew, along with Combat Systems Engineering Higher Apprentice Shane Carpenter, was also named in the UK Squad for WorldSkills, and will continue to compete to reach the Abu Dhabi contest.

Apprentice Shane, who was competing at WorldSkills UK for the third consecutive year, said the moment he discovered he had made the national squad was ‘surreal’.

Granted two weeks of leave by his employer BAE Systems to prepare, Shane also spent his evenings and weekends teaching the other competing students as much as he could to help them prepare.

"I felt quite nervous this year, because I wanted to get a place in the UK squad so much," Shane said. "Our tutor Suresh works so hard to help us, so I wanted it for him as much as for me."

Matthew, in the final year of his Computing degree, also praised Suresh for his support, and said he had felt ‘confident’ on his first day at WorldSkills UK.

He added: "At the start I was hoping I would do well, but I definitely didn’t expect to win. Having a gold medal is a great thing to be able to add to my CV."

Sukhwinder, who graduated from Nescot in the summer with a First Class Honours Degree in Computing, said the experience made her realise she wants to work in networking in the future.

"I had been thinking about specialising in databases, but I’ve learnt so much about networking while I trained and I enjoyed it more about more," she said.

"I knew I would gain a lot of technical skills from the competition, but I wasn’t expecting it to alter the course of my career."

Harvey said the competition had been stressful initially, but he managed to overcome the pressure by concentrating on his task.

"I realised that I couldn’t control how well anyone else did, so I just had to focus on what I needed to do and just do the best I possibly could, and then I felt much calmer," he said.

"WorldSkills pushes you further than you think you can go. At the start you think you can’t do it and it looks like a mountain you’ll never climb, but Suresh persuades you to give it a try just to see.

"Then suddenly you’re halfway up the mountain and you realise how far you’ve come. It pushes you to keep going, and then you see you can do it after all.

"WorldSkills made me realise that you shouldn’t tell yourself that you can’t do something until you’ve actually tried it, and that’s made me a lot more confident in Computing and also in life in general."

The four-strong team of second-year Level 3 Media students worked in two pairs, with each person responsible for clearly-defined areas, and were praised by the panel of judges for their teamwork.

Their brief was to make a short film promoting WorldSkills UK with a focus on ‘futures’ and/or ‘dreams’, and the students said they ‘started well and kept getting better’.

"We’re all quite self-aware, so we worked in a way that made sure we made best use of the strengths of everyone in the team," said George, who directed the film.

"At college we’ve learnt a lot about how planning and organising makes a better film, so we spent a lot of time working on pre and post-production to make sure the end result was as good as possible."

Luke James, who fronted the film and was director of photography, praised tutors Graham and Louise for their support in the lead-up to the competition.

"The course is really focussed on what you’d be doing in the industry, so that means also covering off details and practical aspects like how to check the quality of sound as you go," he said.

"That really helped us, and we had also just come back from filming on location in the South Downs, so that put us in a really good position. Graham and Louise gave up so much of their time to help us."

Conor was responsible for creatives and sound, and worked closely with Carissa, who edited the film. "I’m really proud of the end result, and especially how well we worked together," he said.

"At the start of the competition we felt confident in our ability as a team, but we didn’t go in expecting to win. To get a gold medal feels amazing." 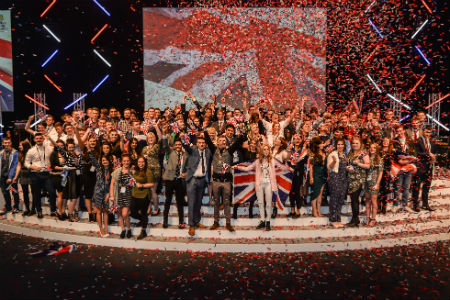 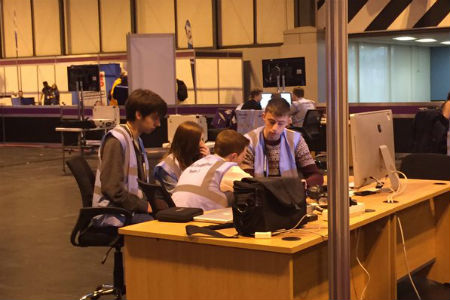 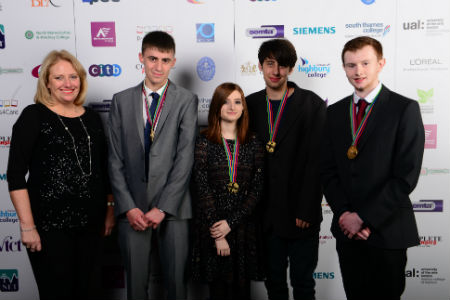 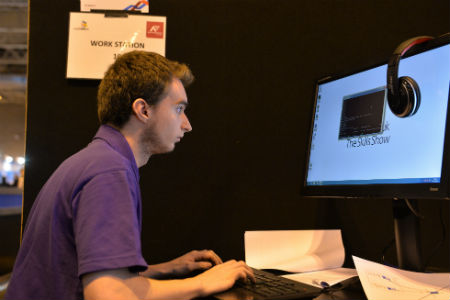 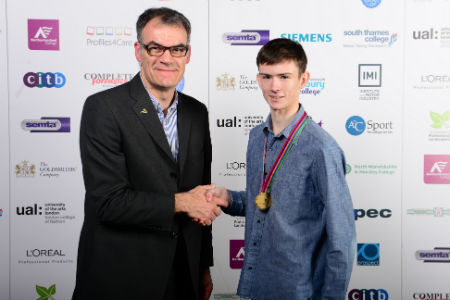 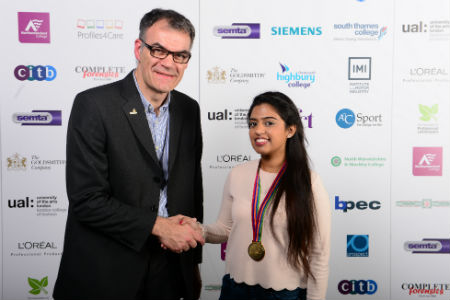 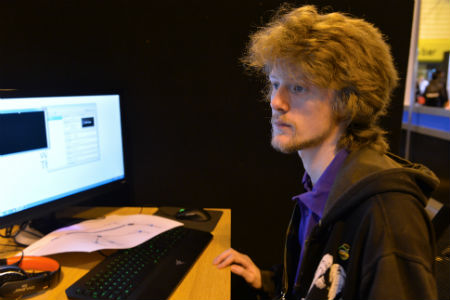