A Nescot student met the Duke and Duchess of Cambridge in London on Friday last week (March 11) as part of his work with urban youth charity XLP.

Sheriff Njie, who studies Sport, spoke to Prince William and Kate Middleton about his experiences of growing up in Southwark and how XLP helped him to turn his life around.

“I told them about all the knife crime there is in my area, and about the ways that the organisation is supporting young people like me and helping them to stay on the right path,” Sheriff said.

“William shook my hand. It was a real honour to be there speaking to them, I feel really proud that I’ve met the future King of England.”

The Duke and Duchess, who were visiting XLP for the second time, spoke to young people the charity has helped and mentors it has trained, and discussed knife crime with XLP founder Patrick Regan OBE.

Sheriff is part of Sutton United FC Academy, studying Level 2 Sport at Nescot and playing in the club’s youth squad as a winger or centre back.

He got involved with XLP while he was at secondary school, and credits the charity with helping him change his perspective.

Sheriff said he feels particularly strongly about the charity since his friend Mohamed Dura-Ray was stabbed to death in Kennington in September last year. He was 16 years old.

“Mo was a great guy. He was a great friend, and what happened to him never should have happened,” Sheriff added.

“The people from XLP were there for me. They stopped me getting kicked out of school, and making bad choices. They helped me to focus on football, and now I’m playing in an academy and studying.

“Sometimes they ask me to go back to XLP to speak to young people, so I just tell them that it’s up to them to do what they need to do, and I talk to them about making good choices in their life.”

Urban youth charity XLP, or The eXcel Project, was founded in a school in 1996 and now works with 1,500 young people growing up in some of inner London’s toughest estates.

People aged 11 to 18 are referred to the organisation by their schools, police or youth services if they are thought to be at risk of exclusion or becoming involved in gangs and crime.

Staff work with the young people on issues including gang culture, anger management, poverty, prejudice, and identity, using community facilities as well as the charity’s own double-decker bus to provide wide-ranging practical and emotional support.

Neil Barnett, Head of Sport and Uniformed Public Services at Nescot, said: “We’re really proud of Sheriff for the work he’s done with XLP, and we’re looking forward to seeing him progress at Nescot.”

Students on the Sutton United FC academy programme study any of Nescot’s full-time courses while training with UEFA-licenced coaches and playing in the Football Conference Youth Alliance League, feeding into Sutton’s youth squad and aiming to work up to the first team.

Players get 12 to 15 hours of professional coaching and tuition each week on areas ranging from nutrition to tactics and strategies, and psychology to injury prevention and rehabilitation.

Pictures below, after the first, are courtesy of XLP and are used with the charity's permission. 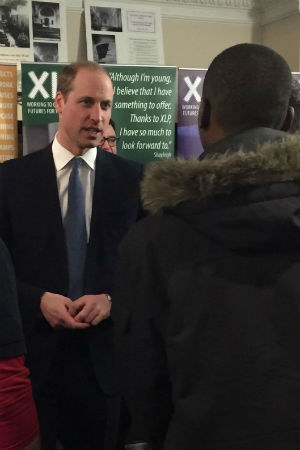 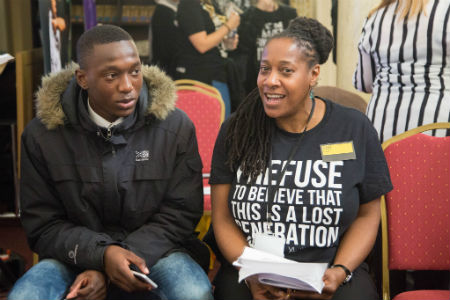 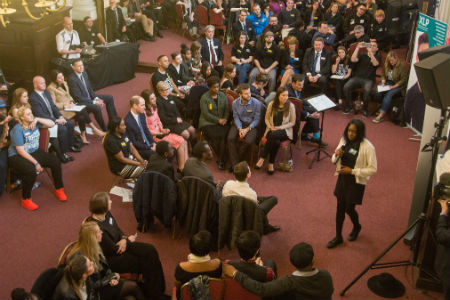