Shane Carpenter, an apprentice with BAE Systems and Cameron Barr, in the final year of his Computing degree, were given the awards at the closing ceremony of EuroSkills on Saturday (September 29).

The pair were part of the 22-strong Team UK group who travelled to Budapest for the biennial competition, which aims to recognise the most talented students and apprentices in Europe.

Overall, the team won one gold medal, three bronze and seven medallions of excellence, placing the UK in ninth place of 27 countries.

Nescot’s CEO and Principal Frances Rutter travelled to Budapest to support Shane and Cameron alongside Sureshkumar Kamadchisundaram, the Computing department’s Manager of Higher Education and Academies.

“To compete and win at this elite level is exceptional, and I know the whole college is proud of Shane and Cameron’s incredible achievements,” Mrs Rutter said.

“EuroSkills is a brilliant opportunity for students and apprentices to show what they are capable of, and this success is a testament to Shane and Cameron’s hard work, determination and talent.”

EuroSkills is open to students and apprentices across the digital, engineering, construction and professional industries, with an intensive selection process of regional and national competitions.

All the members of Team UK have gone through months of accelerated training and mentoring to reach the standard needed to compete with the best from across Europe.

Dr Neil Bentley, CEO of WorldSkills UK, described the results from Budapest as fantastic for the team and for the whole country.

“These brilliant young people – training and preparing them to be among the very best in Europe – are the UK’s new generation of high flyers,” he added.

“Governments, employers and the education sector must embrace this success and use the energy and momentum generated here to inspire to help propel economic growth and productivity.”

Shane and Cameron were invited to a reception at the Houses of Parliament before they left for Budapest, in which Skills and Apprenticeships Minister Anne Milton told the competitors they were ‘doing the country proud’.

Shane won a Medallion of Excellence at WorldSkills in Abu Dhabi last year, and has also competed multiple times in WorldSkills UK.

Six Nescot students will compete in this year’s national finals in Birmingham next month, including a team of four Creative Media students and two Computing students. 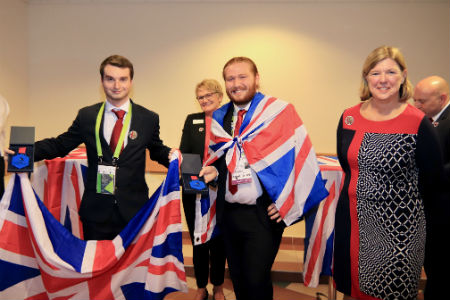 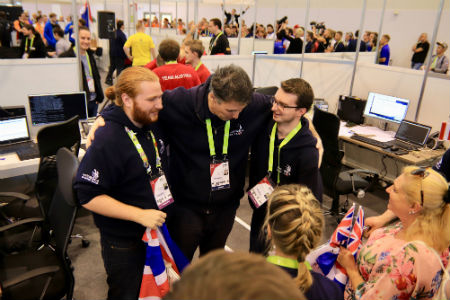