Animals Studies and Uniformed Public Services students at Nescot were treated to an expert dog handling display from a group of elite trainers at the college on Thursday (September 27).

A team from Animals Saving Animals (ASA) brought two Malinois and a Springer Spaniel to show students how the dogs work in service to protect endangered species from poachers.

As well as demonstrating a carefully-planned ‘attack’ senario, the team demonstrated how the dogs can be used to find hidden objects or illegal substances, including through smoke.

“The display was incredible, and really showed the students how highly-trained dogs can be, and what they can do,” said Zoe Brown, Head of Animal Studies and Catering at Nescot, who organised the visit.

“The students especially enjoyed how the dogs’ tasks have a specific, tangible outcome, such as saving an animal from a poacher, or finding a dangerous substance.

“The students were absolutely fascinated. They asked a lot of well thought-out questions, and it has left a big impression on them in terms of planning their own careers.”

ASA was set up in July 2016 by Darryl Pleasants to help prevent wildlife crime in conservancies and national parks across the world.

Conservation dogs are trained to detect and track the scent of a poacher, and have been used with great success in countries across eastern and southern Africa to protect elephants and rhinos.

Detection dogs can uncover hidden items ranging from cash and drugs to weapons or explosives, and have been used in countries including Malta and Kenya.

All the dogs are trained to work in stressful situations, including in smoke and under gunfire.

As well as the demonstrations, Mr Pleasants spoke to the students about his experiences as a dog handler in the British Army, including working in Afghanistan, and different career options.

He spoke about the importance of work experience, and working hard and being tenantious, and spoke about dog handling as a demanding but very rewarding line of work.

Adam Beral is Director of Professional and Service Industries at Nescot, which includes Animal Studies and Uniformed Public Services, and is a dog behaviour expert.

“It was a privilege to have the team from ASA visiting, and students from both Animal Studies and Uniformed Public Services learnt a huge amount,” Adam said.

“It’s left a lot of students very fired up about career opportunities, from working in the police as a dog handler to becoming a dog trainer or working in conservation, and even more committed to their qualification here at Nescot.

“We’re really committed to having experts from different industries to visit the students, because we know there’s no substitute for the students hearing directly from people working in the jobs they aspire to, and seeing demonstrations first-hand.” 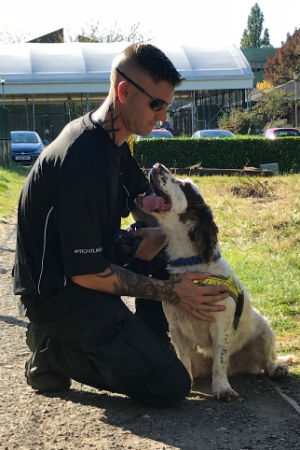 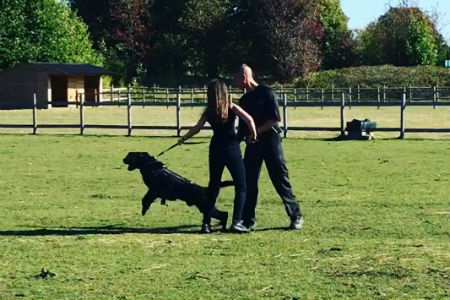