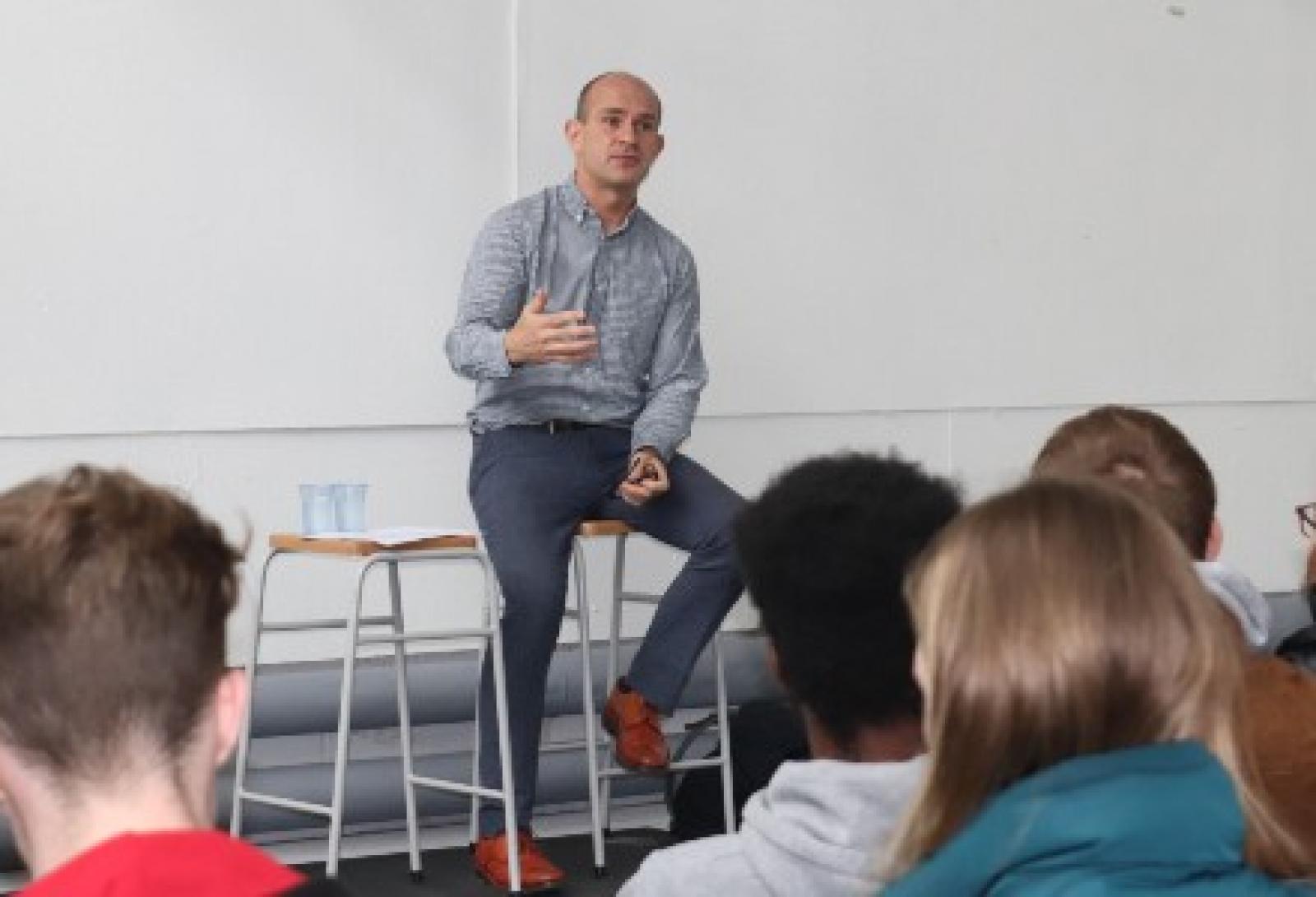 Former BBC and Sky executive speaks to students about his career

Students packed out Nescot’s Visual and Performing Arts centre yesterday (October 18) to hear an industry titan talk about his career so far.

Stuart Murphy, who is now CEO of English National Opera (ENO), spoke about being the country’s youngest TV channel controller at 26, devising and launching BBC Three and Sky Atlantic, and running Sky One.

He also talked about mental health, his experience of coming out as a gay man, and his work to diversify ENO and make it an inclusive space for people of all backgrounds.

“The students were absolutely rapt by what Mr Murphy was saying, and they came away inspired and energised,” said Louise Gaskin, Head of Visual Arts and Sound at Nescot.

“Mr Murphy’s talk really brought the industry alive for the students, and we’re looking forward to seeing how his talk and his advice informs their next projects and their career plans.”

Students taking qualifications in Creative Media, Art and Design, and Games, Animation and VFX were among those who listened to Mr Murphy talk.

He used specific examples from his careers to give advice about taking risks, trusting your instincts, working hard, and being kind to everyone – including yourself.

“The best bit was when he spoke about how he got to where he is now, and how he worked his way up,” said Malik, who is aiming to develop his own computer games in the future.

“It made me realise that if he can do it through hard work and ideas then so can I, and that’s made me think about my career in a different way.”

Mr Murphy grew up in Leeds, attended a comprehensive and was the first in his family to go to university.

His first job was as a runner, and from there his roles included working at BBC Manchester, MTV, Radio One, UK Play, BBC Choice, BBC Three, Two Four Productions, Sky One and Sky Atlantic.

Mr Murphy has commissioned shows including Gavin and Stacey, An Idiot Abroad, Little Britain and League of Their Own, and won awards including Channel of the Year and Best Entertainment Channel.

At Sky Atlantic he brought shows including Games of Thrones, Mad Men, The Affair and Fortitude to the UK, and he has worked with celebrities from Davina McCall and Ricky Gervais to Matt Lucas.

At the ENO he has worked hard to actively promote equality and diversity, under the mantras that opera is for everyone and that everyone has an equal right to be there.

He has increased the percentage of people of colour of both performers and audience members, and under his leadership people under 21 can attend the opera for free, including sitting in the most expensive seats.

Nescot offers a range of qualifications in creative industries, including full-time courses and university-level study.