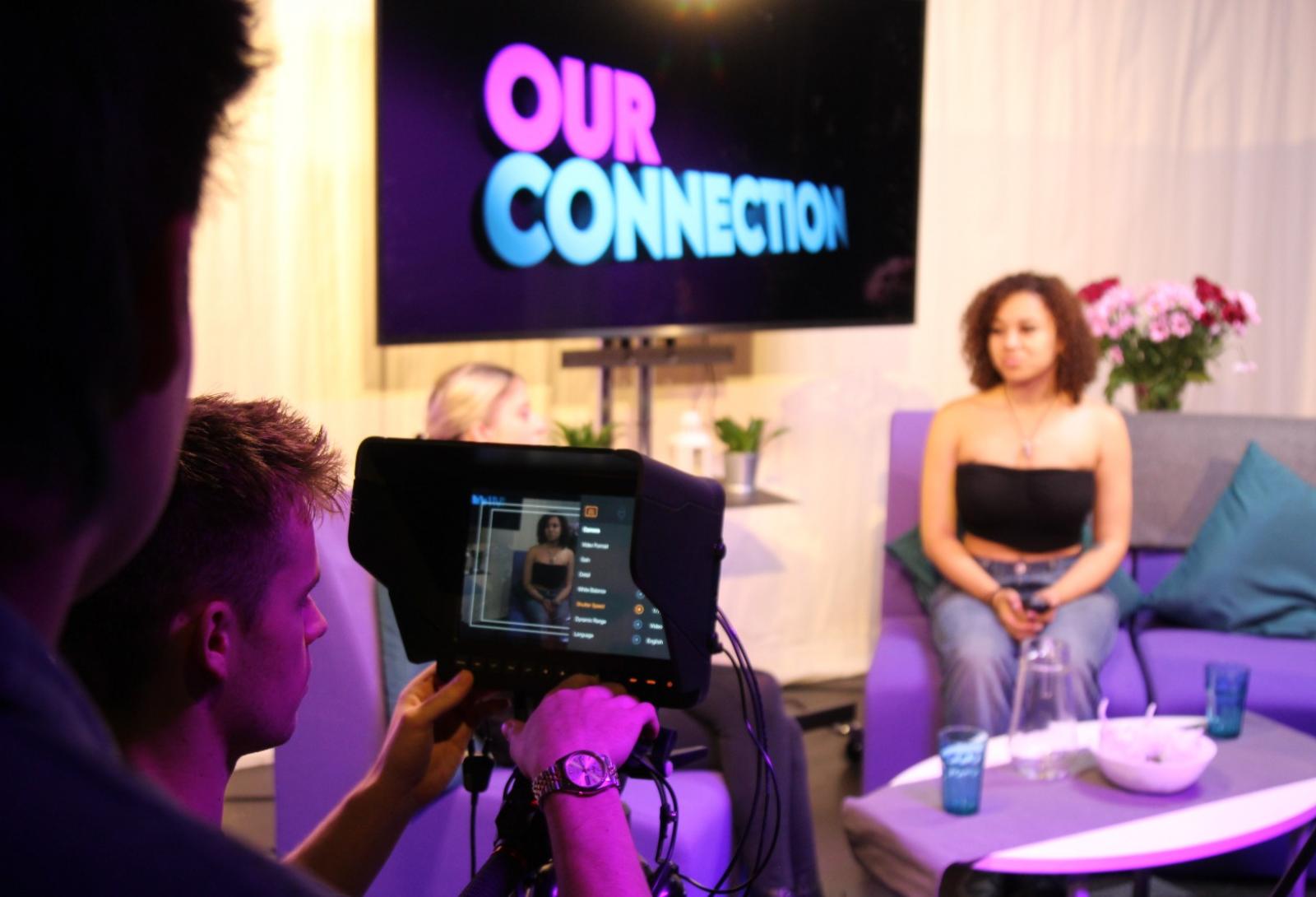 The shows, which aired on Friday (October 15), each had to include a range of technically-complex elements, such as three pre-recorded sections, live studio interviews and graphics.

The project was also designed to be as close to an industry brief as possible, with the students having a tight deadline and being required to formally apply for specified job roles.

Students used industry-standard software to collaborate on the projects, and were encouraged to consider their work holistically, such as ensuring the diversity of people appearing on-screen.

Louise Gaskin, Head of Creative Art and Sound at Nescot, said the brief was planned to challenge and inspire the students, as well as helping them to develop employability skills.

“We wanted to give them a setting where they can build on the huge range of technical skills that they’ve developed, as well inspiring them with new opportunities,” she added.

“For example, they’ve been able to apply for specialist job roles that they haven’t done before, and they’re also working in the television studio for the first time, which shows them new career options.

“By stretching the students’ technical skills, as well as their broader skills like teamwork and attention to detail, we were aiming to inspire them by showing them what they’re capable of.”

Tutor Abi Partington-Moran said the teaching team had set high standards for the students, and were impressed with their standard of work.

“We expect them to work as professional crews, because we know that’s the best way of helping them to develop technically as well as giving them the confidence to be autonomous,” she added.

“We’re always there to help, support and guide them, including from our own professional experience within the industry. I’m proud of their work, and I know they are too.”

In the first year of the course the students operated in small crews, with each group agreeing who would take on broad roles such as editor or camera operator.

For this project they each had to apply for a role with their CV and covering letter, including for new specialist roles they hadn’t experienced before, and were interviewed by the teaching team.

The tutors then established two crews of 15 students, with each group choosing from a selection of four words as a starting point for their show.

One crew named their show Our Connection and chose relationships as their theme. They created segments looking at concepts ranging from catfishing to Covid.

Hello Surrey took the word ‘community’ as a starting point, developing into a Halloween-themed show with segments including sustainable fashion, people’s fears, and a visit to a pumpkin patch.

“The project has definitely helped me to think about things like planning, and how missing one thing can impact everything else,” said Ameerah, floor manager for Our Connection.

“We’ve been working hard to make sure that our show is representative, for example having diversity of age, gender and racial background in all the different segments, and that’s definitely something I’ll take forward.”

Aaron, the floor manager for Hello Surrey, said the project had initially been out of his comfort zone, but that he was learning a lot.

“It’s really hard, but I’m really enjoying it,” he added. “I haven’t been a floor manager before, so it’s definitely got me thinking about the different career options that are out there.”

Alex, who is hoping to stay at Nescot for university-level study, is the group’s vision mixer, which he described as being similar to ‘video editing, but live on TV’.

“Overall the project has been harder than what we’ve done before, and the deadlines are tight, but it feels like what we’ll be doing in the future,” he added.

“Not everything has gone right, but that has given us experience with solving problems and being creative, and that will definitely be useful in our careers.”

Nescot offers Creative Media qualifications at Level 2 and Level 3, Media and Music Technology and Level 1, and Digital Design and Animation, VFX and Games Design at Level 3, as well as university-level qualifications.