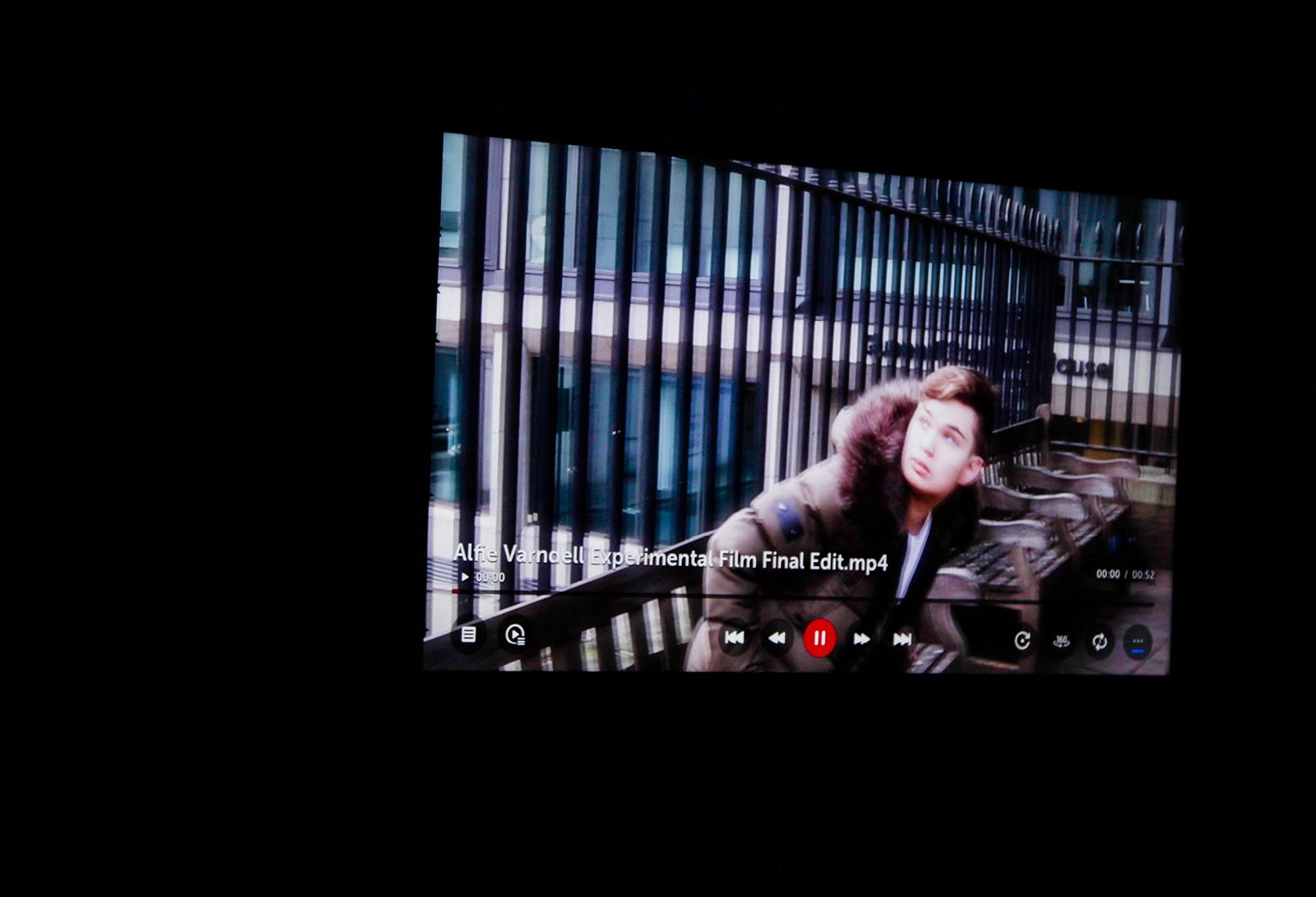 The second-year Level 3 students each chose a concept, made a film and then had three hours to set up an immersive viewing experience at the college for an open exhibition.

The films explored themes ranging from mental health to economic deprivation and visual impairment, and they used boundary-pushing techniques to maximise the visual impact.

“The students have worked really hard, and they should be proud of the quality of their work,” said Louise Gaskin, Head of Creative Arts at Nescot.

“This project was designed to challenge our students technically, mentally and emotionally, and to encourage them to think about the role that film-making can play in exploring difficult topics.”

The students started working on the project before Christmas, first learning about the concept and then visiting Van Gogh: The Immersive Experience in London to develop their ideas.

They then worked alone or in pairs to plan, film, edit and exhibit their work, and they will be marked on their idea, execution and presentation.

“The students have shown creativity and maturity in their work,” said tutor Abi Partington-Moran. “Putting their exhibitions together in a tight deadline is a really big achievement.

“They’ve learnt a lot, and they’re going to be able to use that to enhance their final major projects of their course.”

Student Ameerah, 18, made a film exploring abusive relationships and self-esteem, and used real messages she’s been sent on social media as part of her immersive exhibition.

“Making the film has definitely been hard in more ways than one,” she said. “We’ve talked in class about the role that film-making has to challenge and educate people.”

Student Mollie, 18, made a film about visual impairment, based on her uncle’s experiences, and exhibited it using a virtual reality headset.

She used techniques including putting clingfilm and Vaseline over the camera lens to partially obscure it, and adjusted the sound levels to show the impact of loss of vision on the other senses.

“People often think a person is either ‘blind’ or ‘not’, they don’t always appreciate that it’s more complicated than that and there’s shades of grey in between,” Mollie said.

“My idea was to show how something that’s routine for a sighted person, like going to central London, can be such a huge deal and so intimidating if you’re visually impaired.

“I increase the sound levels to make the background noise feel overwhelming, and you can also hear the sound of the person breathing heavily because they’re scared. I hope it makes people think.”

Nescot offers qualifications in Media for school-leavers to university-level, as well as courses in Games, Animation and VFX and Music. To find out more, visit our website.