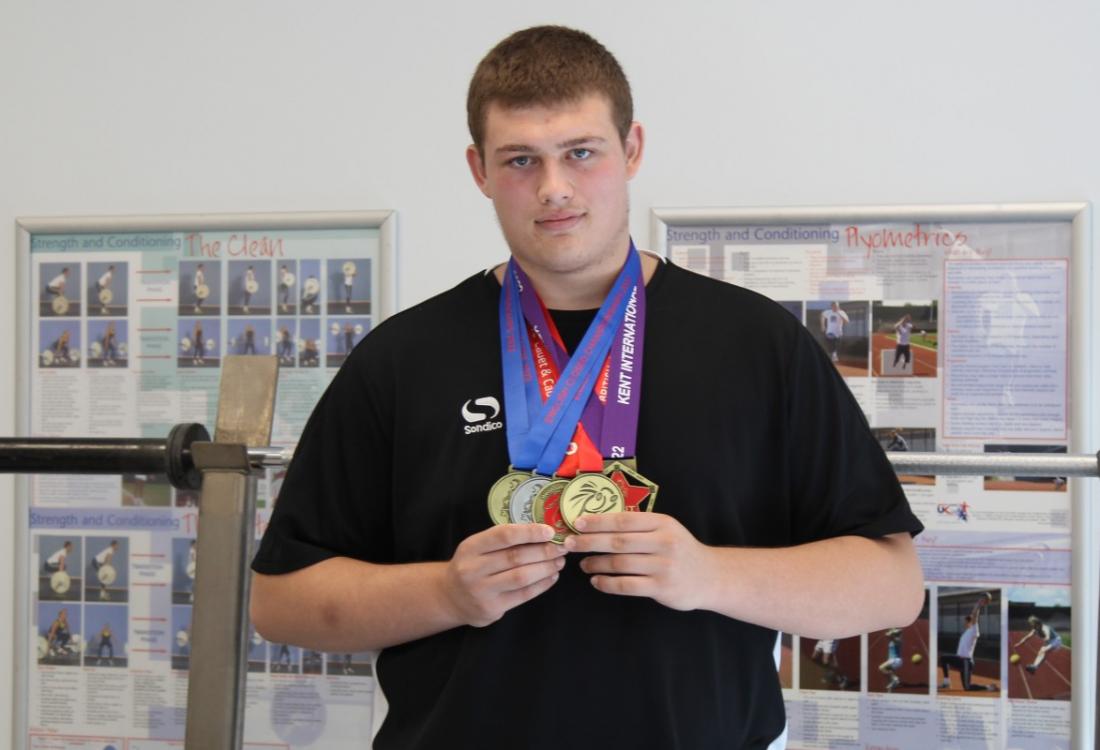 A Nescot Sports student is now the under-21 national judo champion, winning gold and silver medals at a nationwide contest earlier this month.

Daniel, a black belt who started judo at the age of four, has a packed competition schedule this year, including two contests in the next fortnight.

“I’m really proud of what I’ve achieved so far, but I think I have the potential to go a lot further,” he said.

“Judo has given me given me self-discipline and respect. It’s taught me that you have to work hard in order to achieve, and I think that’s an important message for everything beyond sport, too.

“My aim is to be training full-time at the national training centre and competing internationally, so I’m just going to keep working hard and training hard and learning as much as I can.”

Daniel said studying the Level 3 Diploma in Sport, Fitness and Personal Training at Nescot has improved his judo training and performance.

“We studied anatomy and physiology, and then we applied that knowledge to instructing clients in the gym and creating programmes for them,” he said.

“When you learn how to teach other people it makes you more aware of your own technique, including proper form, proper bracing and proper muscle recruitment.

“That knowledge and technique has helped me with my own strength and conditioning training, and in turn that has made me stronger when I’m training and competing.”

Daniel trains at Westcroft Judo Club in Carshalton, which is owned and run by his father Andrew, a former British champion and international competitor who has trained a Commonwealth games champion and multiple European youth Olympians.

Daniel got his first belt at the age of eight, and said he was inspired to start competing after watching judo events at the London 2012 Olympics with his parents and three younger sisters.

His competition schedule was heavily impacted by Covid restrictions, but he turned this to his advantage by focussing on strength and conditioning training during the national lockdowns.

Daniel joined Nescot in September 2021, winning gold in the British under-18s competition and the Welsh national open in his first term at the college.

Alongside his qualification at Nescot he is also taking the Diploma in Sporting Excellence, an elite programme run by British Judo which includes sessions with national coaches.

“The teachers at Nescot are really supportive with my judo, and the timetable gives me the flexibility to train and to compete,” Daniel said.

“I’m looking forward to studying nutrition this year, and learning more about fuelling my body through training five times a week for a physically demanding sport.”

Nescot offers Sports qualifications to school leavers at Level 1, Level 2 and Level 3, with three different pathways according to students’ interests and career plans.

The Level 3 Diploma in Sport, Fitness and Personal Training also includes additional qualifications. Students get a Level 2 gym instructors certificate in the first year, and a Level 3 personal training certificate in the second.

Nescot also offers an HND in Sport and Exercise Science, as well as related qualifications in Osteopathic Medicine.