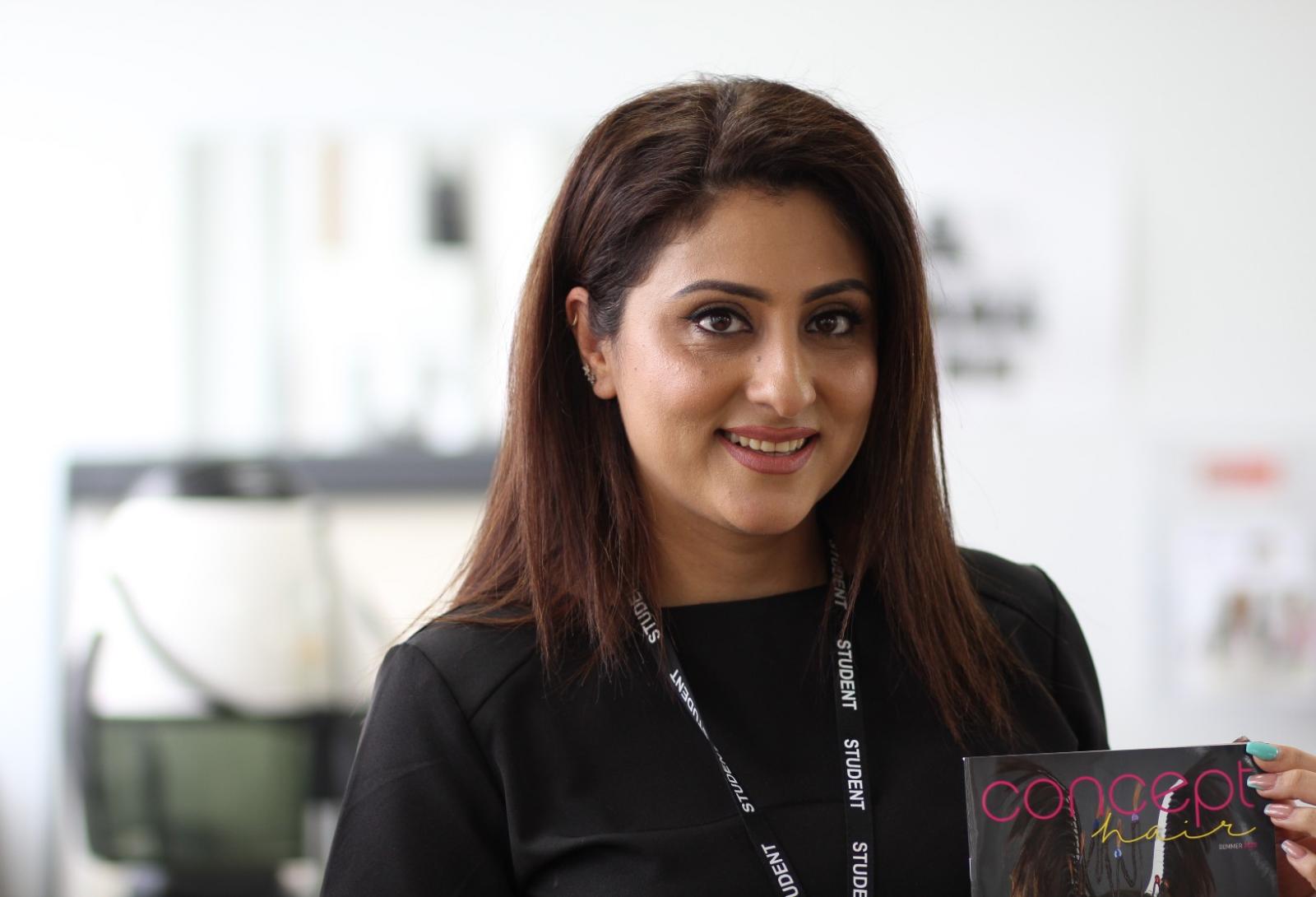 Nescot’s five national WorldSkills finalists are working hard to prepare ahead of the competition in three weeks’ time.

Maria Khan will travel to Belfast to compete in the Hairdressing category, while Creative Media students Elodie Claus, Adam Rose, Kaiya Jackson and Ruben Mangatal-Francis will compete in Cardiff.

The contest will take place over a week, starting on November 14, with the winners announced live in a ceremony hosted by TV presenter Steph McGovern a week later, on November 25.

“We’re thrilled to have five students taking part in the national finals, and our teaching and support teams are going over and above to help them to feel ready,” said Acting CEO and Principal Julie Kapsalis.

“WorldSkills UK gives our students the opportunity to compete with the best students from across the country, so it helps them to really push their professional and technical skills.

“Just as importantly, competing also helps the students to gain experience in the broader skills they will need to excel at work, like self-confidence, communication and time management. I am looking forward to meeting all the student to wish them luck before they head to the finals - they are great ambassadors for the College.”

She paid tribute to her teachers Lisa, Martin and Jean, who she said have gone ‘above and beyond’ in helping her to practice her skills before she leaves for Belfast.

Maria, who is 40 and speaks three languages fluently, has set up and runs a hair and beauty salon in Islamabad in Pakistan, which is now so successful that she has just tripled the size of the floorspace.

“I am going to WorldSkills UK for gold, nothing less,” she said. “I’ve only just started my Level 3 qualification, so I’m a year behind most of the other competitors, but I won’t let that hold me back.

“My teachers are amazing. They’ve done so much to help me with my technical skills, but they also keep telling me that I deserve to be at the finals. That’s definitely the attitude I’ll be taking with me.”

Second-year Level 3 students Elodie, Kaiya, Adam and Ruben have just finished a college project to make and broadcast a 20-minute television show, which they said has been ‘invaluable’.

“It was quite a hard project, and it didn’t exactly go as planned, but I learnt a lot from it,” said Kaiya, who was the producer for her team.

“It was a complicated brief and a short timescale, and we had to bring a lot of elements together, like pre-recording VTs as well as managing a live television set.

“Our tutors have shown us how we can learn from all the different parts of the project, like working under pressure and thinking on our feet, and that will be really useful for WorldSkills UK.”

WorldSkills is known as the ‘skills Olympics’, and this year it will feature more than 500 finalists competing for gold, silver and bronze in 62 disciplines held at six colleges across the UK.

As well as the medals, the students are fighting for the right to represent the country in the biennial WorldSkills contest, which will be held in France in 2024.

Nescot has a strong history of success in WorldSkills, especially in Media and Computing, and previous students have gone on to take part in international competitions too.