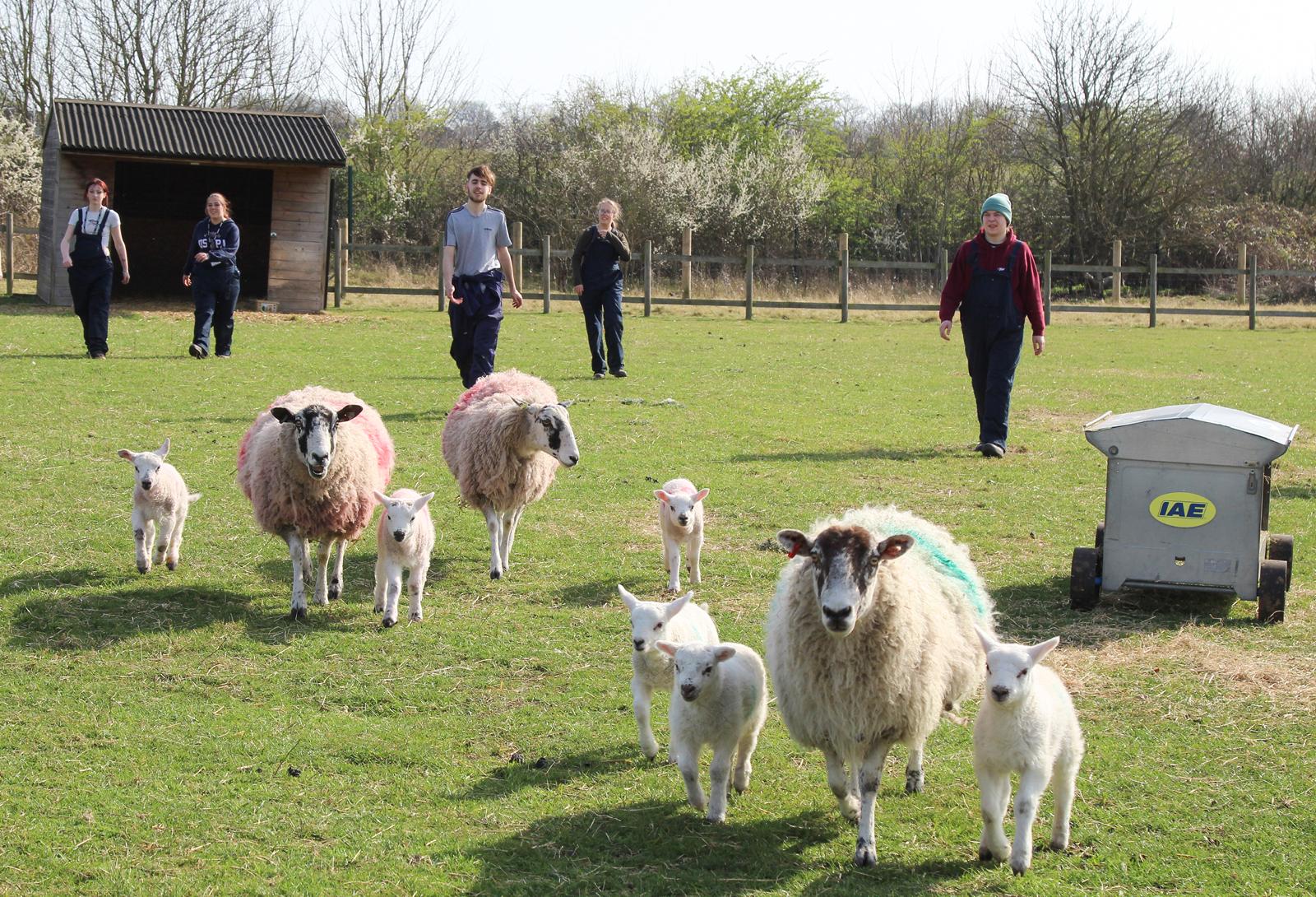 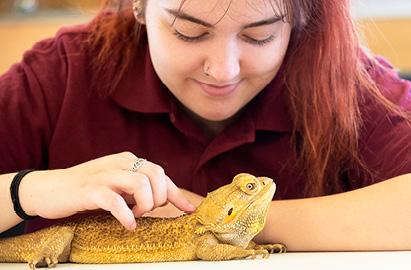 This course is in Teach Out mode and is not accepting new applicants. For the replacement course please click here.  The Foundation Degree in Animal Management enables students to develop the skills and knowledge required to work in the hugely varied landbased industry. Giving a broad overview of working with animals, the course will allow students to develop their knowledge base in animal anatomy, physiology, health, welfare, behaviour and husbandry, whilst at the same time putting the theory into practice at Nescot’s substantial animal care facilities. This will give students the opportunity to develop high standards of education within a vocational setting that is not commonly available at Higher Education Institutions. 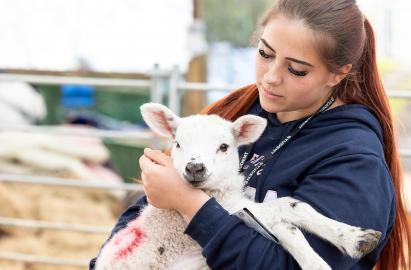 Animal management has been an integral part of Nescot for the last 40 years and a FD Animal Management programme has been delivered since 2017. The course is designed for students who are looking to enhance academic and practical skills, where the curriculum builds on existing knowledge and facilitates the application of learning to the practical land-based sector. The programme aims to promote and engage learning in students of all age groups and backgrounds; and is of particular interest students wanting to continue their education in animal management, or existing animal professionals wanting to gain the academic qualifications often required for management within a land-based setting. 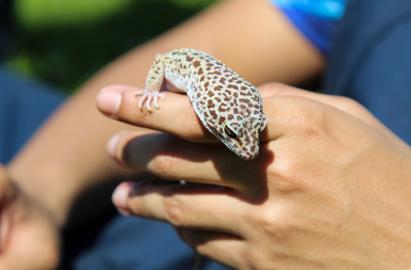 Subject to validation. This course deepens the academic and scientific knowledge of students progressing from Foundation Degree level. It will support students to develop the skills and knowledge required to work at senior level in the land-based industry, including in zoological roles. The course focuses on contemporary practices and challenges of land-based and animal management roles, including climate change, animal welfare and wildlife crime. It enables students to develop their knowledge base in animal nursing, conservation and research, whilst at the same time putting theory into practice at Nescot’s substantial animal care facilities. This will give students the opportunity to develop high standards of education within a vocational setting that is not commonly available at Higher Education Institutions. 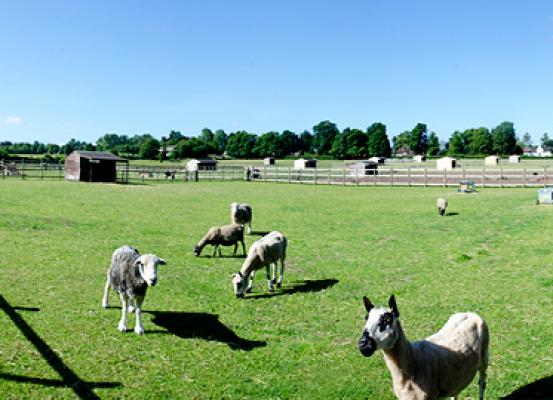 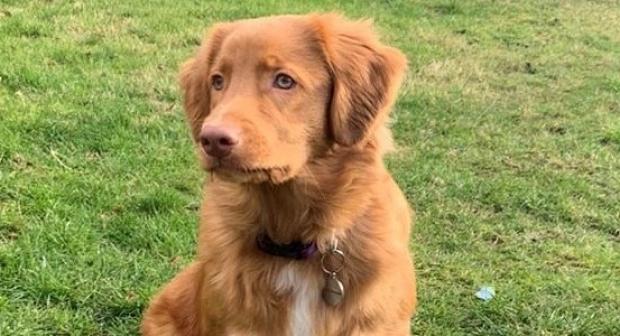 Rhubarb is training to work with teachers and the safeguarding team

Nescot is one of the very few colleges within travelling distance of London to offer a University-Level course in Animal Management. Animal and land-based careers are enjoying unprecedented growth in the UK and people are actively being sought to fill skills shortages.

The college has devoted more than half of its campus to a modern City Farm and Nescot is now using its years of experience working within the land-based industry to offer University-Level courses delivered by highly-qualified and experienced industry specialists.

This curriculum area has a dynamic, dedicated, enthusiastic team of lecturers who are highly respected by our students. Our members of staff are all qualified teachers who have both vocational and academic experience and they are qualified to degree or Masters Level. They also have extensive practical work experience within the industry, both national and international, and they use this to provide students with industry-appropriate knowledge and skills.

Zoë has taught at Nescot for over 30 years and previously at Brinsbury Agricultural College and holds both Assessor and Verifier Awards. She is registered as a Veterinary Nurse with the Royal College of Veterinary Surgeons (RCVS) and holds qualifications is Large Animal and Equine Nursing. She has a BSc (Hons) Degree in Applied Human Physiology as well as a Post Graduate Certificate in Education (PGCE) and a M(Ed) Degree in Professional Studies in Education.

Clodagh has worked in the zoology and marine biology sector since receiving her BSc in Zoology. She has worked in an array of positions including animal trainer, zookeeper, RSPCA facility manager and in marine ecotourism. She has been fortunate enough to work both in the UK and internationally and thrives on coral reef projects worldwide. She has an MSc in Biodiversity and Conservation within her specialist topic of cetaceans and she loves Humpback Whales. She is an experienced lecturer and returned to Nescot in 2017 to help build the Foundation Degree.

Marcus worked in industry as a Dairy Herd Manager and Livestock Farming Contractor before joining the teaching team at Nescot and gaining an Assessor Award and a Diploma in Teaching. He holds a National Certificate in Agriculture, a Level 4 qualification in Farm Business Management and a BSc (Hons) Degree in Environmental Management. He also holds professional certificates in Animal Transportation, Sheep Dipping, Pesticide Application and Occupational Health and Safety.

Salim has BSc (Hons) In Applied Biology and worked in research and development with Lautier Fils in London. He joined Nescot as laboratory Technician and completed MSc in Pharmacology and then became a full-time lecturer at Nescot teaching on BSc Biomedical Science, Osteopathic Medicine and MSc Perfusion Science. Salim is currently a sessional lecturer and a laboratory technician at Nescot.

Leah has been teaching at Nescot for the past few years but before this she taught at Hadlow College. Leah has a BSc (Hons) in Animal Management, has recently achieved an MA in Anthrozoology and holds a Post Graduate Certificate in Education. Previous to starting her teaching career, Leah worked as a zoo keeper at a small rescue centre and she has a specific interest in the welfare of reptiles and exotic mammals.

The Animal Studies department is known locally for excellence in Animal Management, having been servicing the community for over 20 years. At present the area provides animal care courses at Levels 1, 2 and 3, providing a strong progression route for students. The animal care facility has a wide range of small animals, reptiles and amphibians, both domestic and exotic and the farm maintains a varied range of livestock including cows, horses, donkeys, sheep, goats and pigs. 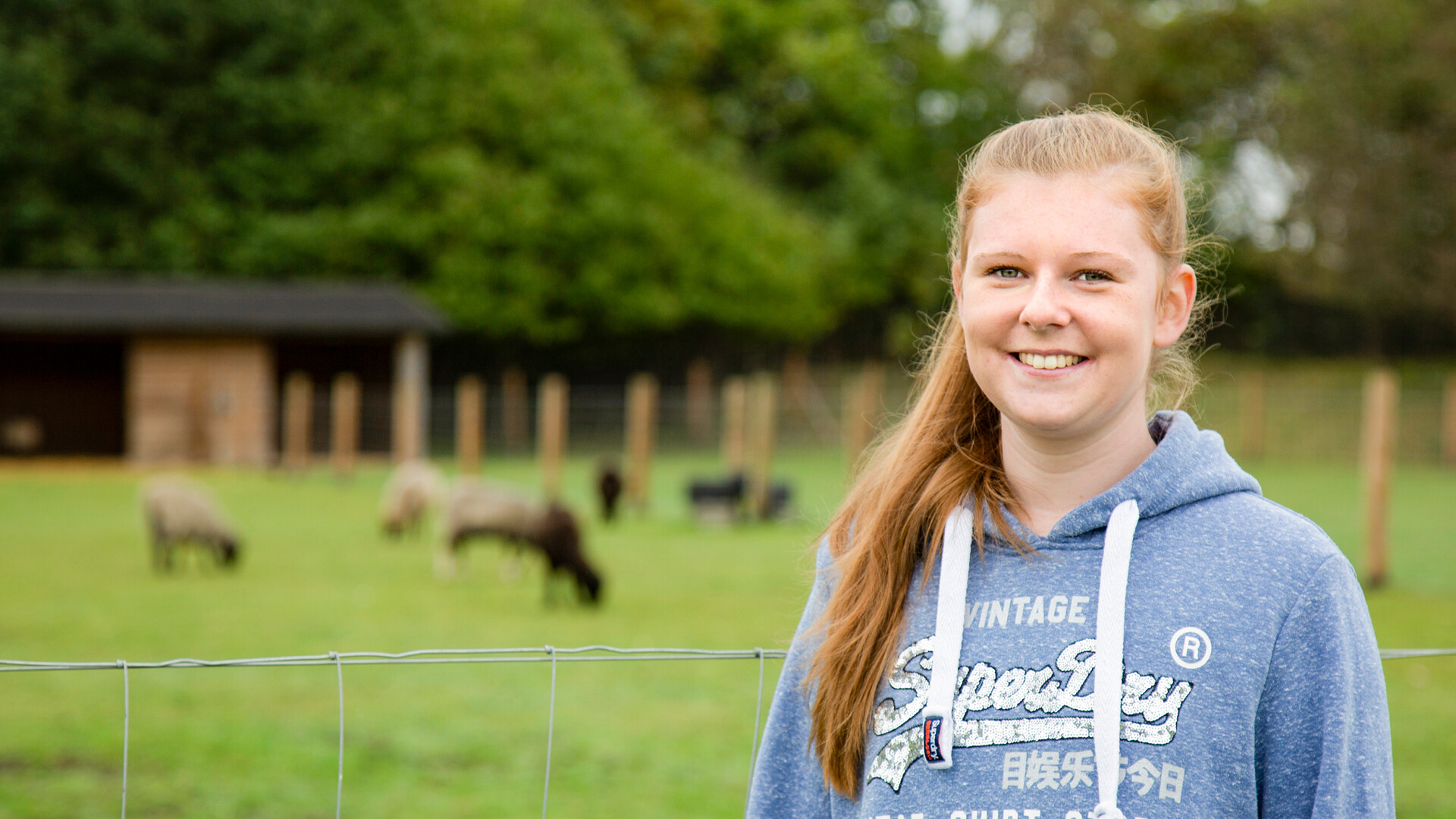 My experience on the Foundation Degree and BSc top-up in Animal Management was amazing. The staff at Nescot could not do enough to support me and help me achieve my First class with honours. I really enjoyed the animal behaviour element and the dissertation. The animal behaviour lessons inspired my next step. I have just started my MSc in Clinical Animal Behaviour, and in the future I’m hoping to set up my own business as a clinical animal behaviourist. I wouldn't be where I am today without the support from the staff at Nescot college.