Nescot’s Computing department hosted an event at the college on January 31 aimed at raising awareness of cyber security issues.

Students enjoyed talks and practical demonstrations from five industry experts, as well as taking part in a workshop on the risks inherent in the so-called ‘internet of things’.

The group learnt how ransomware can be loaded onto USB sticks and used to steal information from people’s computers, and how cyber criminals can hack into devices such as ‘smart’ car keys.

“Cyber security is a real and growing issue, so we wanted to give the students a way of seeing real-life examples they could relate to,” said Joseph Hanke, Head of Computing at Nescot.

“Events like this also provide opportunities for students to have a go at different disciplines, which helps them make an informed choice about their future careers and further study.”

Sureshkumar Kamadchisundaram, the Computing department’s Manager of Higher Education and Academies, organised the event, and it was supported by Cyber Security Competitions UK, the NCC Group, BAE Systems, Sophos, CompTIA, and Huawei.

More than 40 people attended, including full-time students and apprentices from Nescot’s Computing department, as well as pupils from Cove School in Farnborough.

The pair are both former Nescot students, and both competed in WorldSkills UK while at the college and reached the UK Squad for the international competition.

Matt won his category in the regional competition for two consecutive years, and then won a silver medal in Network Security in the UK finals in 2012.

Shane won silver in the Network Infrastructure Technican category in 2014, and then won a Medal for Excellence in the international finals in Abu Dhabi in 2017.

Jason Stanton of CSC UK ran a session on forensic computing, Cristiano Corradini of NCC Group set the students a hacking task, and Jane Dickinson of CompTIA spoke about the future of workforce automation.

Frances Rutter, Nescot’s CEO and Principal, thanked the speakers for visiting, and praised the Computing team for organising the event.

“This was a great opportunity for our students to learn about a subject that will be increasingly important in the future,” she added.

“We have extensive links with industry partners, which helps us make sure we’re always teaching our students the latest techniques and research, so that they finish at Nescot ready to excel in the workplace.” 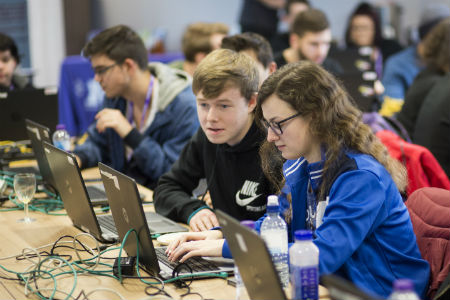 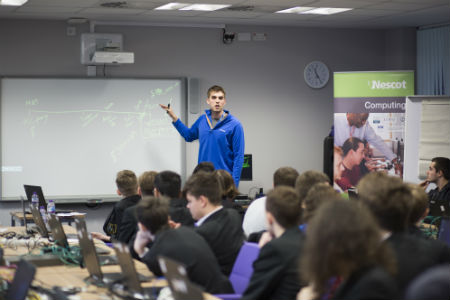 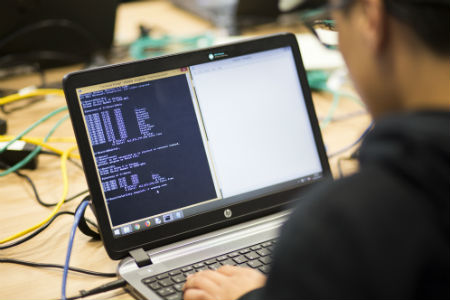 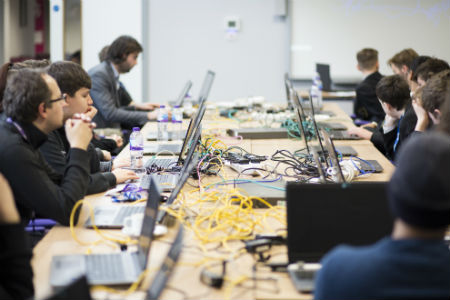 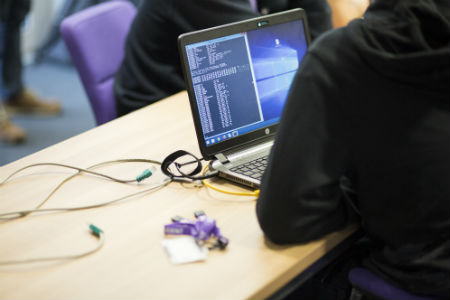