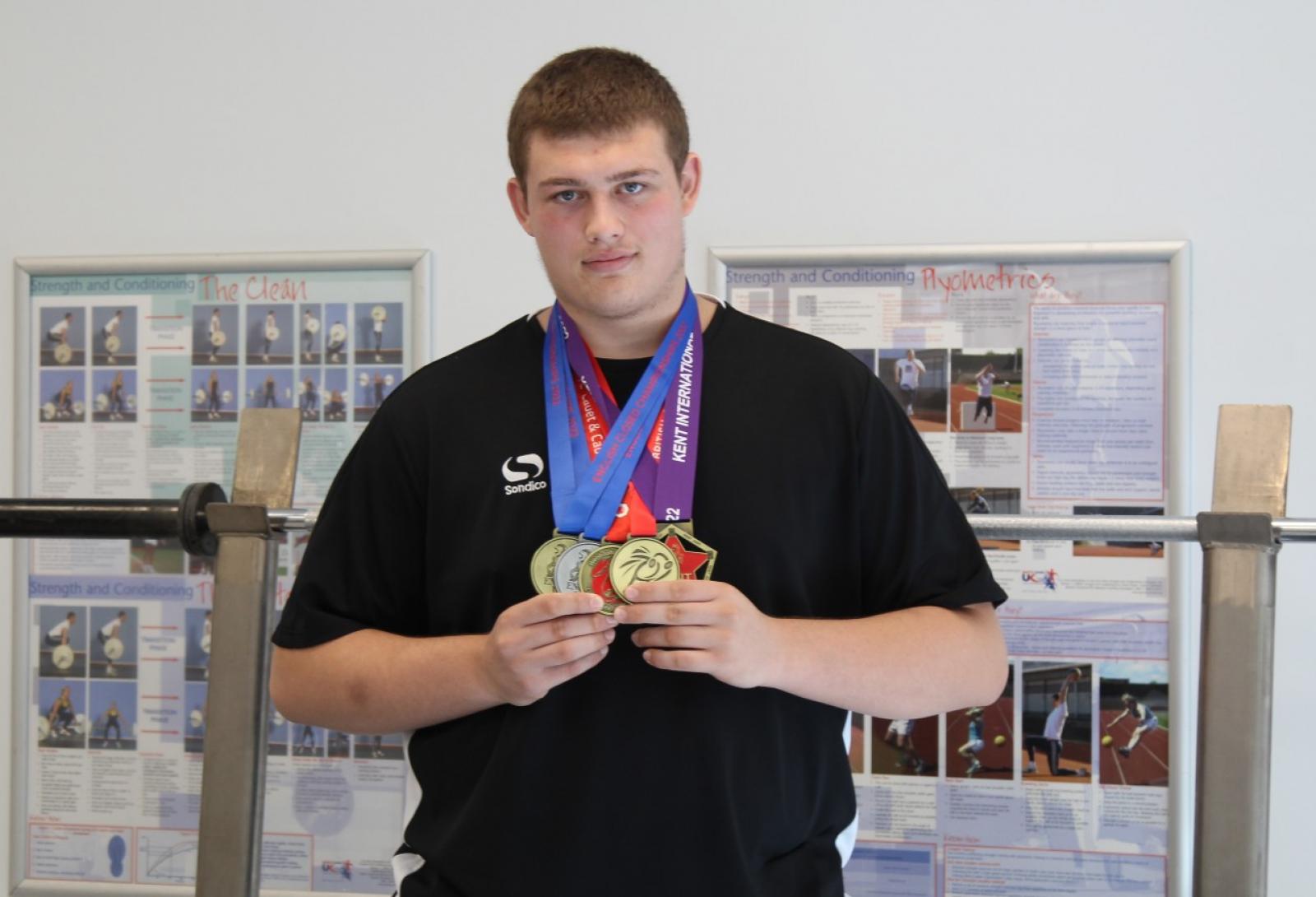 A Nescot Sport student is now the under-21 British Judo champion, and is working towards qualifying for the European Youth Olympics this summer.

Despite being only 17, Daniel then won a further three fights in the senior men’s over 100kg category the following day, achieving the bronze medal.

As a result, Daniel has been chosen for the Junior and Senior Great Britain Judo squads, as well as being nominated by British Judo for Talented Athlete Scholarship Scheme funding.

“The British championships is the competition everyone wants to win, and I’d worked really hard to prepare, so it was an amazing feeling to win both medals,” Daniel said.

“I was especially proud of the senior medal, because at that level you’re competing against full-time professional athletes. It was challenging, but now I’ve shown what I can do, and I’m proud of that.”

Daniel, a black belt who started judo at the age of four, previously won gold and silver medals in the English national championship in East London in September. He is now planning for

the Youth Olympics in Slovenia this July, but to qualify he will need to be competing internationally.

“I need to plan my training and competition schedule from here until summer really carefully, but I’m hoping that British Judo will be able to help with that,” Daniel said.

“It can also be hard work to balance my college work with my Judo, but the teachers at Nescot are really supportive. They also help me apply what I’m learning to my training and competitions.”

Harrison May, Nescot’s Curriculum and Standards Coordinator for Sport, said the department is proud of Daniel’s success.

“Daniel has an excellent work ethic, and that serves him well in Judo and at college,” Harrison said. “He is talented, but also humble, and we have every confidence in his future success.”

Daniel trains at Westcroft Judo Club in Carshalton, which is owned and run by his father Andrew, a former British champion and international competitor.

Daniel got his first belt at the age of eight, but said he was inspired to start competing after watching judo events at the London 2012 Olympics with his parents and three younger sisters.

He joined Nescot in September 2021, winning gold in the British under-18s competition and the Welsh national open during his first term at the college.

Alongside his qualification at Nescot he is also taking the Diploma in Sporting Excellence, an elite programme run by British Judo which includes sessions with national coaches.

Daniel said studying the Level 3 Diploma in Sport, Fitness and Personal Training at Nescot has also improved his judo training and performance.

“We’ve studied anatomy and physiology, and then we applied that knowledge to instructing clients in the gym and then creating programmes for them,” he said.

“When you learn how to teach other people, it makes you aware of your own technique, including proper form, proper bracing and proper muscle recruitment.

“That knowledge and technique has helped me with my own strength and conditioning training, and that in turn has made me a stronger judo player.”

Nescot offers Sports qualifications to school leavers at Level 1, Level 2 and Level 3, with three different pathways according to students’ interests and career plans.

The Level 3 Diploma in Sport, Fitness and Personal Training also includes additional qualifications. Students get a Level 2 gym instructors certificate in the first year, and a Level 3 personal training certificate in the second.

Nescot also offers an HND in Sport and Exercise Science, as well as related qualifications in Osteopathic Medicine.