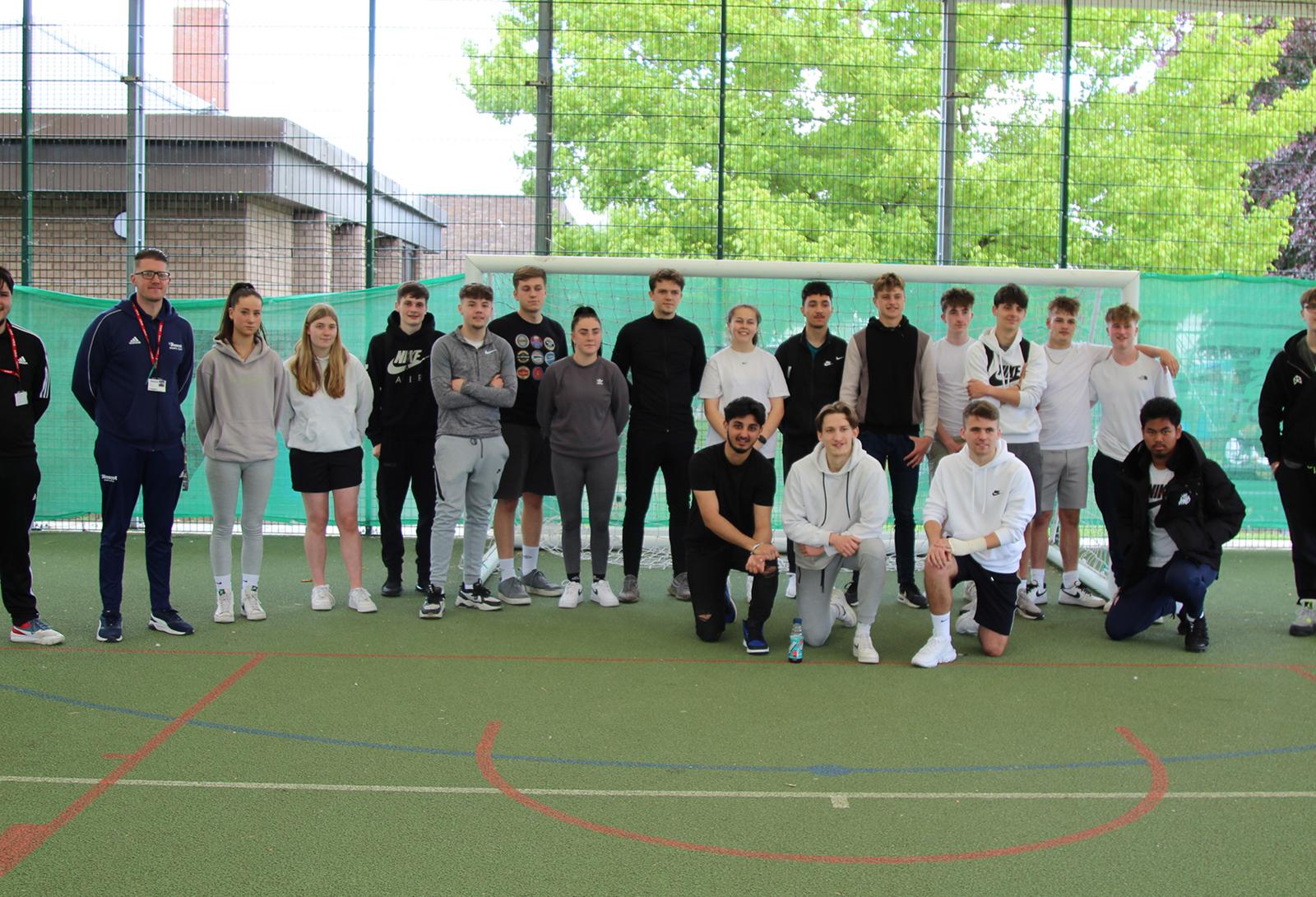 A former professional footballer came to Nescot today (Thursday) to talk about mental health, mindset and resilience as part of the college’s programme for Mental Health Week.

Bobby Copping talked to students about how a head injury led to the end of his playing career at the age of 19, and how he turned his life around to succeed in a different way.

He spoke to students from a range of courses in the Adrian Mann Theatre, as well as delivering a football masterclass to 28 of the college’s Sports students.

“Life is a series of highs and lows,” he told the students. “If you enter a difficult situation with a positive mindset you usually get a positive outcome. Help is always there, but you need to talk.”

Bobby Copping was released from Norwich at the age of 16, but he went on to sign for Peterborough United and was on the verge of breaking into the first team when he suffered a severe concussion.

Once he’d recovered he started training again, only to sustain another head injury and to accept that he would have to retire as a professional player.

He told the students how he spent three weeks locked in his bedroom, eating junk food and wondering if life was worth living, before he realised he needed to seek help.

Now, at the age of just 20, he is general manager for Peterborough’s women’s team, under-14s manager, head of the club’s schools initiative, and a mentor with the Football League Education.

He has achieved his UEFA B coaching licence, and will graduate from at the Camp Nou this summer with a degree from the Sports Business Institute Barcelona.

He has also set up the Bobby Copping Foundation, which he hopes will help to prepare people entering elite sport and support those who have been released from clubs.

Bobby spoke to students on full-time and university-level courses including Sport, Health and Social Care and Animal Studies, with the talks arranged by The Mintridge Foundation.

“Bobby spoke with real emotion about how he worked all his life to be a professional footballer, and how through a head injury he life changed forever at 19,” said Rob Greening, Nescot’s Director of Personal Development, Behaviour and Welfare.

“The students took a lot from it, and we’ll be following up with them throughout Mental Health Week, as we do every week, to offer additional support for anyone who needs it.”

The Mintridge Foundation is a charity which aims to use sport and positive role models to help young people to develop confidence and resilience to protect their wellbeing.

The organisation is also supported by the Max Hunter Foundation, which was set up in memory of popular sportsman Max, who died by suicide in summer 2019.

Nescot students also enjoyed a talk this week from former professional cricketer Patrick Foster, who talked about gambling and mental health. You can

Students who need mental health support in a crisis can find resources on our website here.